By now you would have seen the gorgeous film strip boxes that the other ladies have made. They are stunning.  Of course by now you have to expect that I would do something a bit different.  My daughter being a photographer wanted some "arty" photos taken while she was pregnant.  So we trundled to the beach and she posed and I took the photos.  We got some stunning photos and I wanted to use a couple of them in this project. I wanted the project to convey the natural organic feeling captured by the photos.  Here is the finished project, although the photo does not really do the project justice. 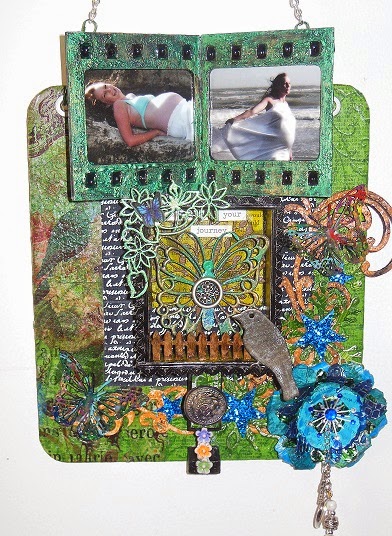 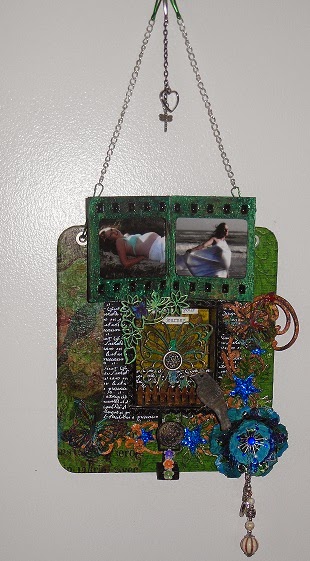 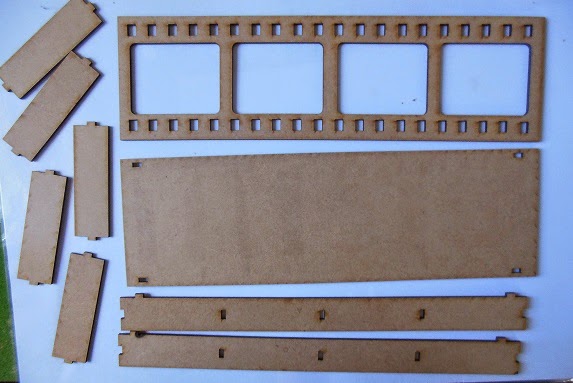 I got a very sharp craft knife and cut up the pieces to make separate boxes. 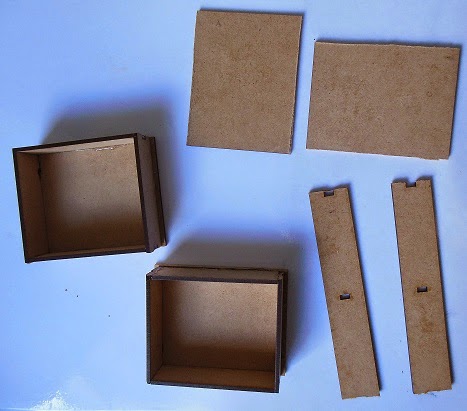 I then took a placemat which I sanded and painted with white gesso. 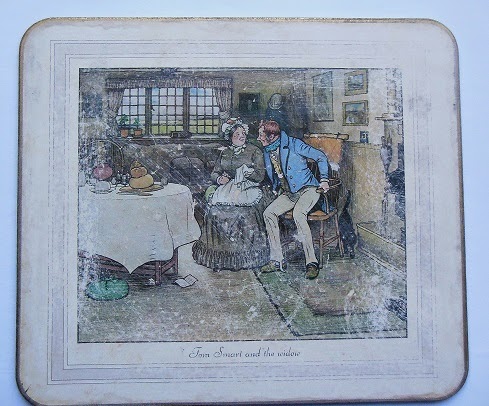 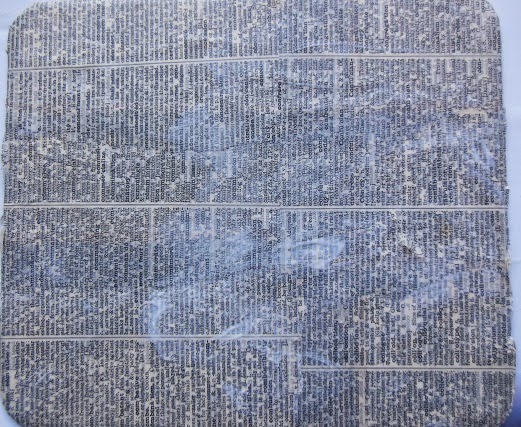 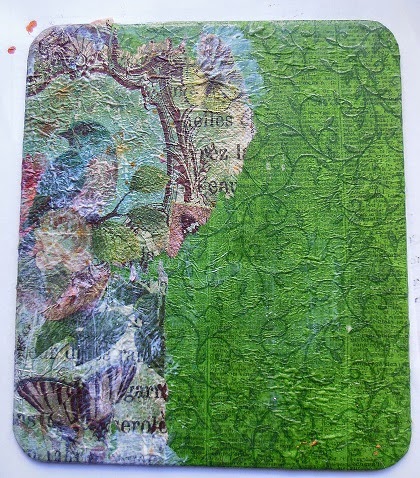 ﻿
With the placemat covered I then painted the film strip box pieces with black acrylic paint.
I also painted a few small wooden blocks I had in my stash with the same paint. 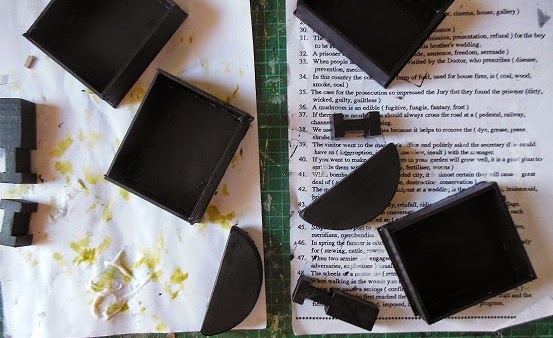 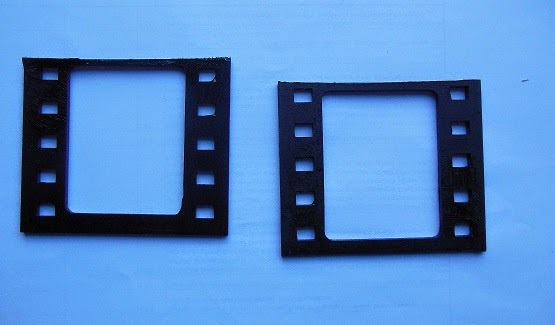 Using distress inks I inked up a dictionary page, and using stencils I added some circles using black distress ink. I then cut the pieces to fit the inside back of the box and the insides. 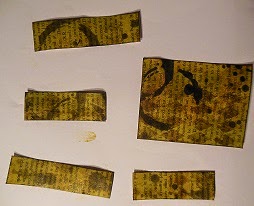 I then decorated the box, using die cuts, a chipboard butterfly and corner flourish.  The bird is from the Imagine If range, I used a button from my stash and a quote :Imagine your Journey".  Around the outside of the box I used some Dresden trim. I covered the outside edges of the box with aluminium tape that had been embossed and painted.  Once the paint was dry I sanded some of the paint off. 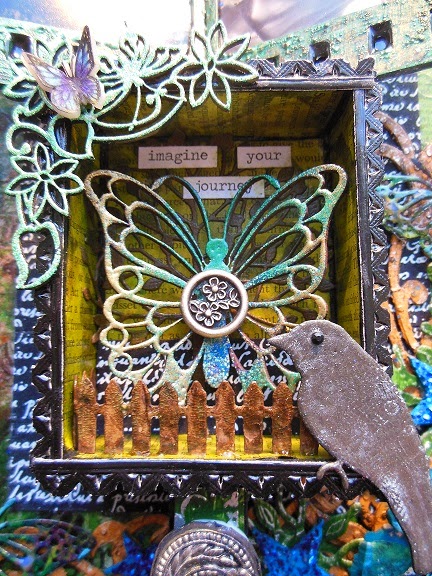 I embossed the butterfly, the bird and the flourish with embossing powder.  On the fence die cut I used crackle glossy accents. 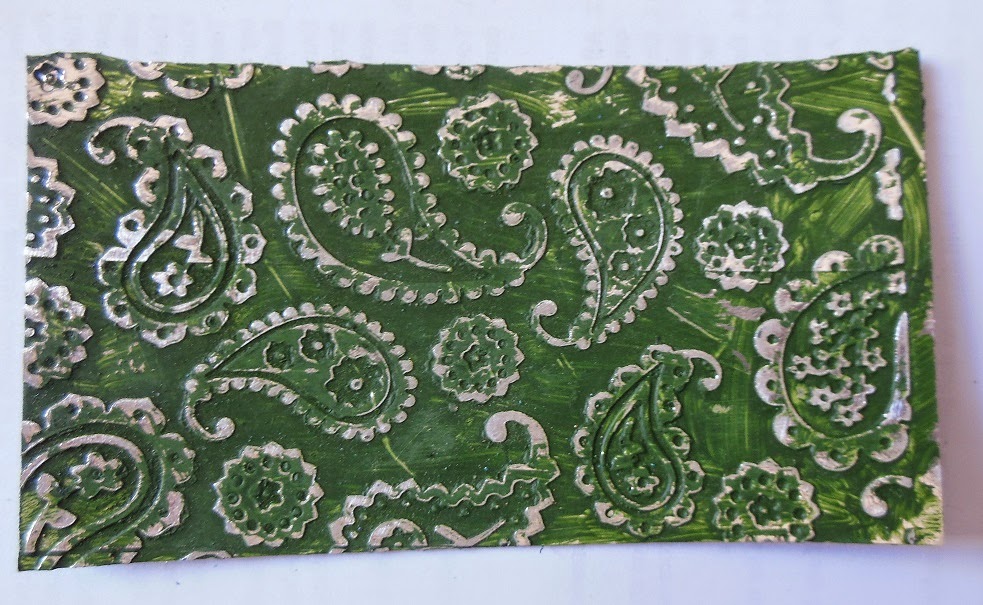 I created a flower using  embossed,painted and sanded soda can metal.  Ithen cut out the flowers using the Tim Holtz tattered flower die.  I layered the flowers together to make the bloom.  I then made a few other embellishments using Coutoure Creations Dies.  I painted some of the stars from Imagine If and covered them with blue glitter.  I covered a piece of black card with black and white script tape to put behind the box. 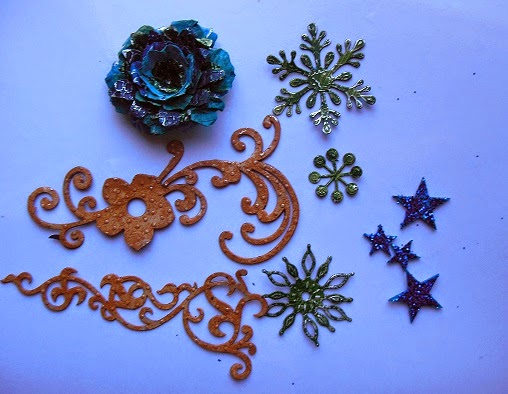 For the photos I painted the film strips with green metallic paint.  I then used the heat tool and heated the paint until it began to bubble to give it a bit of texture. I then rubbed over the paint with gold and black rubon. 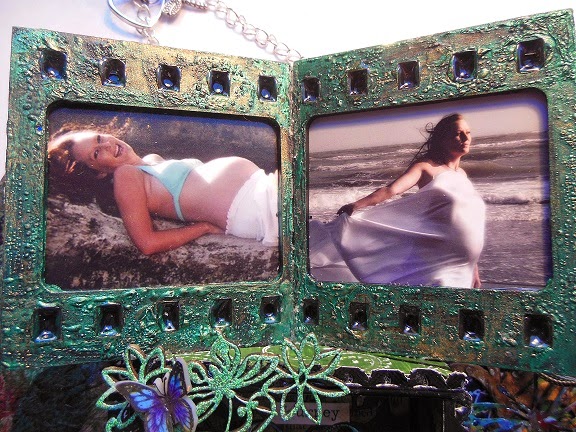 I then put the photos in behind the strip and filled in the holes with glossy accents.Using black card I made a hinge to hold both photos and glued it to the top of the box as illustrated. The photos are glued on an angle on the top of the box. I added the other embellishments and put it all together.   I hope you enjoy this project please feel free to leave comments or ask questions.  Now I am off to make something with the remaining pieces of the film strip box...........

Ngaere
Posted by Ngaere at 9:33 AM