Here is my latest DT project for Imagine If using some a configuration box and some of their gorgeous chipboard and I am warning everyone there is not a cog or gear in sight for a change. 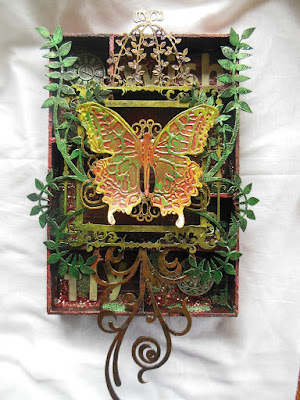 I began by painting one of the configuration boxes from Imagine if with black gesso.
Then using a Kaisercraft die I cut out the brickwork which I glued into the individual boxes. I added some texure in random spots and on the edges of the box then I painted everything with the Finnabair Art Alchemy    paint. Then I used gel medium to adhere some red glass glitter from Finnabair and some green micro beads. 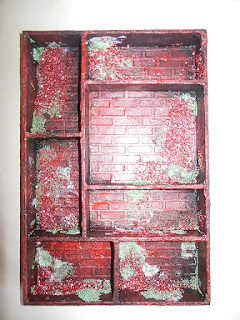 I then took the following pieces of chipboard and painted them all with black gesso.
Large Fern 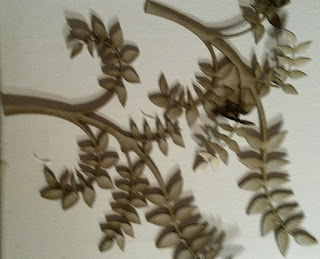 I used Emerald Viva Inka Gold on the leaves. 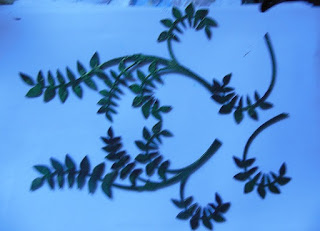 Framed Fern Set
These two pieces are part of the framed fern set. 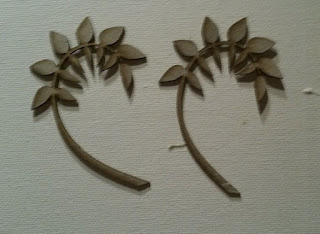 Square Frame Ornate
After this was painted black I then painted it with yellow acrylic paint. 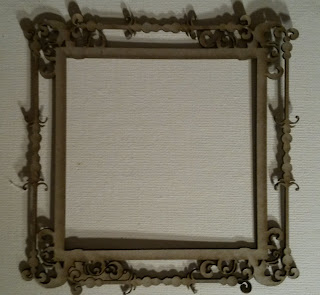 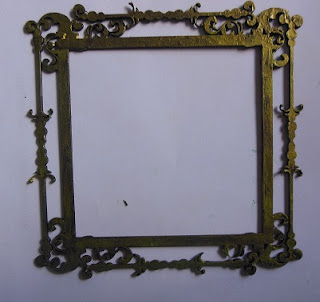 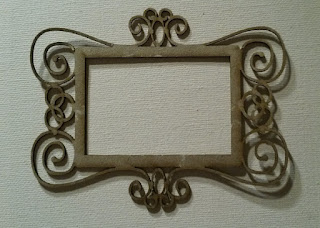 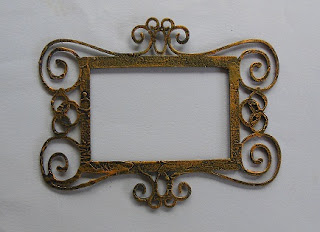 I cut off the top piece of the flourish, painted it black then covered it with Viva Inka Gold copper and did the same thing with the top of the butterfly/garden border piece. 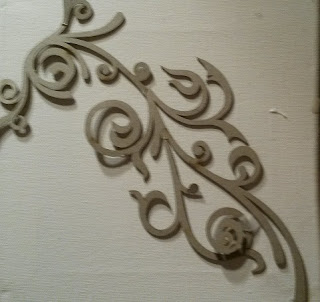 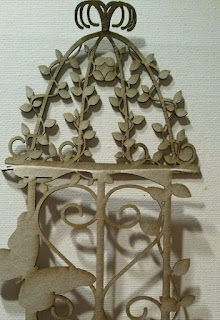 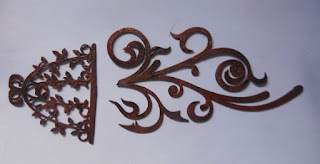 I painted some chipboard letters with Old Paper crackle paint and glued the words into the configuration box and then I added in a couple of Prima embellishments to add some interest. 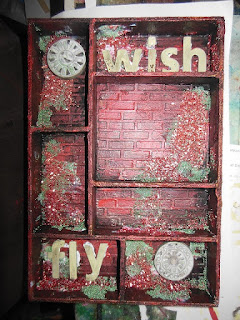 I initially layered the leaves and the frames on the top of the configuration box but it looked a bit bare so I decided to add the words. 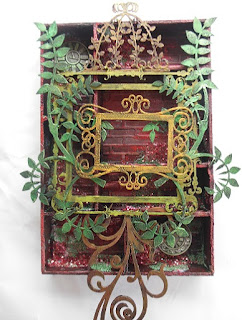 I attached everything using gel medium and then I die cut a Tim Holtz butterfly, painted it using a mixture of the colours I had used in the other elements and then attached the butterfly in the middle of the piece. 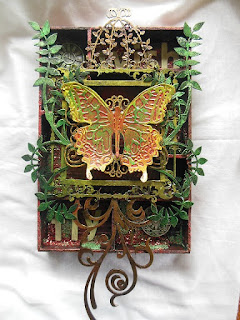 I love the soft lacy look of the chipboard and the visual depth given by using the configuration box rather than a flat canvas.  I hope this little project inspires you to do something creative with some of the fabulous Imagine If chipboard.

Posted by Ngaere at 4:48 PM No comments:

Hello, today I wanted to share an Art Journal page I have done for a secret Journal swap I am in as it uses a couple stamps and product that Jo has in her shop. And if she hasn't got it ... just ask, she is always so helpful when it comes to sourcing product.
Ok, so I have no step by step pictures for you, but this is an easy layout that anyone could do. First I ripped the two middle pages so that I could paint the black boarder black and splatter with white dots.  The background was coloured with Gelatos. then I sponged ink through a stencil around the edges, stamped Prima Finnabair - Bubbles and used a old credit card with black paint for the lines in background. I also used the caps of various bottles to stamp on circles, which I then coloured in with white Gelato and highlighted with purple.
Next I stamped the birds onto spare card and coloured with copics and then put a layer of Iridescent Medium on them to make them sparkle, then cut them out. I stamped leaves straight onto journal. A few black splatters later and I'm done!